Blessed Francis Kesy and his Companions 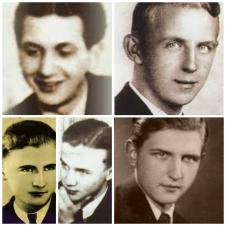 Francis Kesy and his four companions attended the Salesian oratory in Poznan, Poland, and were involved in the youth work there. Following the Nazi occupation, the Salesian house was taken over as a barracks, and the young people gathered in the woods, to continue their prayer and the work of the youth groups.

In September 1940, they were arrested, accused of belonging to an illegal organisation. After almost two years in prison, they were sentenced to death for high treason, and were guillotined in a prison in Dresden on 24th August 1942.