History of the Sisters

The Salesian Sisters in Britain

In 1902, the first group of Salesian Sisters arrived in Battersea, London, to support the educational work of the Salesian priests in the area. Only one of the new missionaries could speak English.

They carried out the same mundane and tiring tasks they did at the Oratory of Don Bosco in Turin, managing the domestic arrangements for the community and the pupils, but in Battersea, they also set up an out-of-school club providing some informal education for disadvantaged local children. This was the first of many similar projects throughout the country, and this work continues today.

The Sisters' presence in England grew quickly, with the establishment of a school and novitiate at Chertsey at the invitation of Francis Bourne, Bishop of Southwark, who had met Don Bosco as a student and been deeply impressed by him. Chertsey became the hub of the congregation for almost 90 years, from where new communities were established, mostly in areas of material, moral or spiritual need.

Houses were opened in Farnborough, Cowley-Oxford, Dovercourt in Essex, London-Soho, Windlesham, Henley-on-Thames, Hastings, and eventually two more in London. The sisters ran schools, homes for children at risk, and a flourishing hostel for young women, many of whom came from immigrant families. In every community, the Sisters were involved in the parishes, teaching catechism, supporting families and promoting associations of committed lay Catholics, including the Salesian Cooperators.

The Second World War and its aftermath brought about further changes. The London-Soho house was left uninhabitable by bombing, and later, the Dovercourt convent was destroyed by coastal flooding. Changing situations led to the closure of some other houses, and the training of lay people to take on certain responsibilities, enabling sisters to take their ministry to new areas of need.

In 1959, the Salesian Sisters expanded to the North-west, moving the pre-novitiate training of aspiring candidates from Henley, taking on the running of an infant school at Liverpool-Gillmoss, teaching catechism and organising out-of-school activities for older children. They were soon invited by the Archbishop of Liverpool to open a secondary school for girls at Croxteth, where a huge municipal development was being built to re-house families from the terraced streets of Liverpool. Mary Help of Christians High School opened in 1965. This school was replaced by St John Bosco Arts College in 2015, housed in state-of-the-art buildings.

Further communities were opened in the North-west, in Colne Lancashire, Bromley Cross and Nelson, Lancashire, and 'Brettargh Holt' near Kendal in Cumbria, which was home to a thriving pastoral centre for young people, until its closure in 2012. All communities provided the typical Salesian works for children and young people: voluntary aided infant and primary schools, secondary schools, youth clubs, parish catechetics, volunteering, and summer activities for children.

At last, to the joy of our Scottish sisters, a community was opened in Ferguslie Park in 1969. This was the first of several centres, the others being in Milton, Easterhouse, Newmains and Nitshill. Some of these have since closed, but the work in Scotland continues today in Easterhouse and Newlands.

The Newlands community was opened in 2014, with a new venture for volunteers called UR Space, an exciting opportunity for young people wishing to give a year for the service of others, living in community with the Sisters, and working with them in outreach youth ministry in schools and parishes.

While the communities in England and Scotland have kept alive and developed the Salesian charism in their various activities for children and young people, they have also made every effort to answer the call of the Church to evangelise by providing personnel for the overseas missions. From the very early years of their presence in Britain, Sisters have been sent to many English-speaking countries in Asia, Africa, America and Canada.

It was not enough, though, to send Sisters to join missionary provinces abroad; the province undertook its own missionary presence in South Africa in 1960, first at Bellville near Cape Town and then in Paarl, followed by a thriving work in Johannesburg. The mission developed well and has since become an autonomous province.

Now, and the future

Despite the many challenges being faced by the Church today, the charism of Don Bosco continues to thrive and while numbers are fewer than in previous decades, the fervour of the spiritual heritage of the founder, Don Bosco, and Co-foundress, St Mary Mazzarello, continue to inspire young women today.

Now based in seven communities in Scotland and England, the Holy Spirit continues to employ the congregation to inspire the concept of service to the young with much joy. With the support of many young volunteers in Vides and URSpace, the message continues to spread that the young are precious and each of them must know they are loved.

For over a century, the Salesian Sisters in Britain have demonstrated a great flexibility in their ability to reach out to young people; such an attitude holds hope and promise for the future, so that the dream and spiritual heritage of Don Bosco and St Mary Mazzarello can continue to flourish. 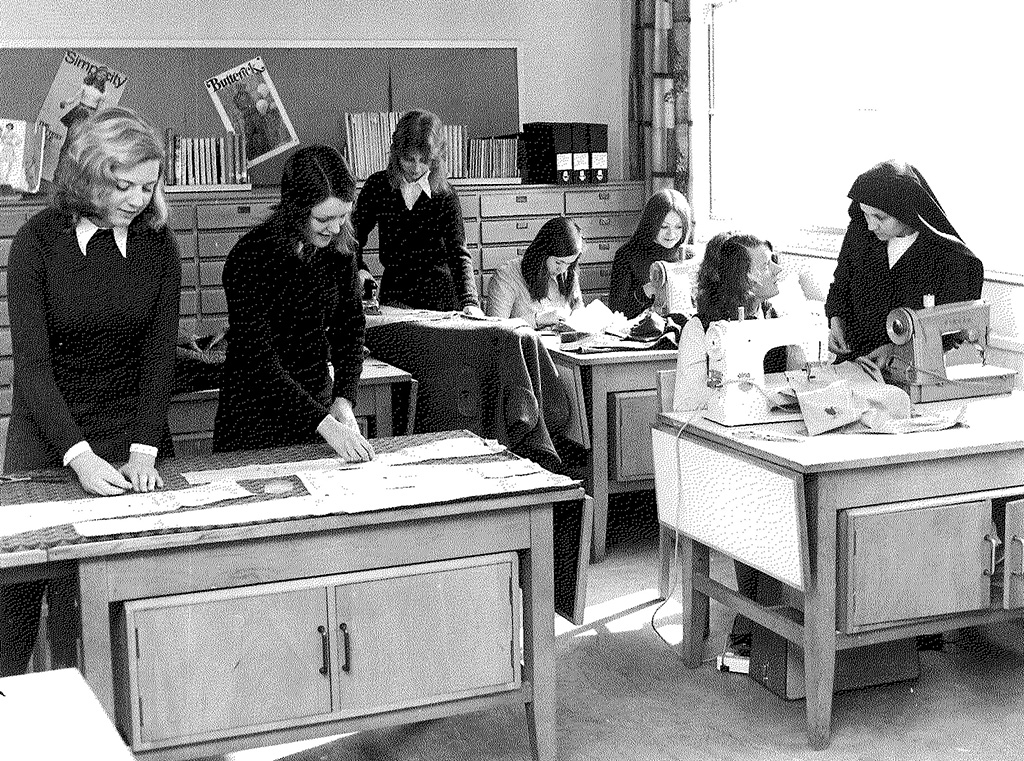