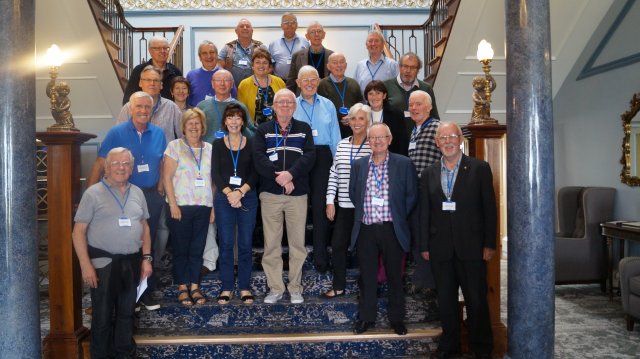 The Shrigley Old Boys are recreating their reunion this year as a 'virtual' event. Initially planned for the last weekend of September, this will now take place on the weekend of 10-11 October 2020.

In the current situation, it was no longer possible to hold the planned reunion at the former Salesian Missionary College, Shrigley (now Shrigley Hall Hotel and Spa, near Macclesfield). Instead, on the evening of Saturday 10 October, Old Boys and their families and friends will be able to watch a 'concert' featuring performances from previous reunions, and a Salesian Goodnight. On Sunday 27th September, all are invited to join the Mass livestreamed by the Thornleigh community at 11:30, where prayers will be said for the deceased students and SDBs who are buried in the cemeteries at Shrigley and Bollington, and for the souls of recently departed Old Boys.

The reunion takes place in the 150th year of the Past Pupils of Don Bosco, an international organisation open to all former Salesian students.

See the event listing on our calendar, where we will post the times and links closer to the event.

(The photo above is from the 2019 reunion at Shrigley Hall.)