Standing At the Chalkface of the Gospel

Standing At the Chalkface of the Gospel 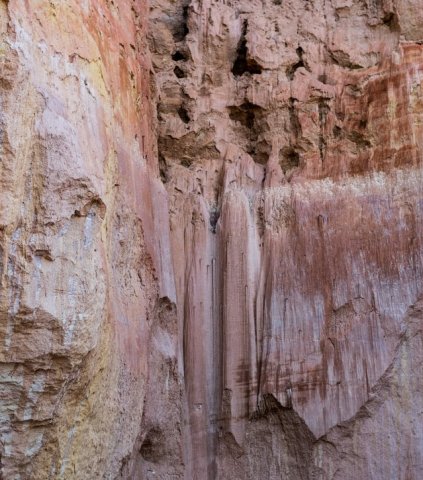 In this week's Catholic Teacher Article, Mike explores the spiritual symbolism of a simple chalk stain.

Twenty-three years ago, I started my first teaching practice. Dressed in my graduation suit, I proudly walked down the drive of St Peter's Catholic High School, Orrell, near Wigan, briefcase in hand; the journey had begun. One of my abiding memories of that time is spending my breaks and lunchtimes practising writing on the chalk board. Hours upon hours of trying to get to get it right. As a dyslexic teacher, with very poor handwriting, it was a chore. Thank goodness for PowerPoint.

My poor mother was driven to distraction with the chalk marks and dust all over my best, well, my only suit. To me the chalk stains were a badge of commitment and belonging; they were the outward and visible marks of my inward orientation to want to teach. Put simply, they were a symbol of my vocation to the ministry of education. The best teachers, in my humble opinion, are the ones who are "symbolically" covered in chalk.

What does it mean to be symbolically covered in chalk? Biblically, we can look at Jesus embracing those on the margins of society. The Gospels show us clearly that Jesus was involved in the lives of those who were considered least: the poor, the blind, the lame, the tax collectors, women and children. Jesus was a shepherd who smelt of his sheep. One of my favourite stories of Don Bosco was when a bishop visited him, as he had heard he was living a lavish lifestyle in private, feasting on the generosity of his benefactors. The bishop was shocked to find him and his mother living a life of simplicity and poverty. The saintly Mamma Margaret invited His Grace to eat with them and presented the evening meal of a piece of cold fish and olive oil. The bishop declined and made a hasty exit. Like Jesus, Don Bosco immersed himself in the life of his boys. He was in union with God by being in union with his boys. He embraced their reality and walked with them. The "chalk marks" were clearly visible.

Jean-Baptise de La Salle and his two companions vowed to remain with their boys even if they had to beg in the street to feed them. This was after many in the community had abandoned the students due to lack of comfort and luxury. This has become known as the "Heroic Vow". To live the Gospel in any age is a heroic act—to embrace the "chalk" is to follow the call of vocation.

Pope Francis was very clear in 2013 when he called on the world's priests to bring the healing power of God's grace to everyone in need, to stay close to the marginalised and to be "shepherds living with the smell of the sheep." Pope Francis' prophetic words are powerful and true. They are equally true of ministers of education as they are of priestly ministry. For most of the pupils who attend Catholic schools, their school is as close to the parish as they will get. Catholic schools are the interface of the Church; the meeting point of the Church and the world of young people. This places a huge responsibility and limitless opportunities on to the minister of education. My good friend, Fr Gerry O'Shaughnessy SDB, as parish priest in Bootle, would make it his business to spend his mornings in Savio Salesian College and his afternoons in All Saints Primary. His rationale for doing so was simple, "I'm visiting my parishioners''. Fr Gerry has an inclusive ecclesiology that sees parish in holistic terms—he was willing to smell like the sheep.

Successful teachers are those who embrace the lives and the realities of the children they serve. As a deputy head, my main priority is to "walk the walk" with the staff and pupils whom I serve. I work in both school and parish. My role is to minister in collaboration with the universal Church. I can only do so with integrity if I put myself at the service of my students. My prayer is that I constantly learn to serve and not wish to be served. The Church must hold steadfast to the foundational vision of Catholic education, which was to be at the service of the poor and marginalised. To do so is to be covered in chalk. Teachers will not smell of the sheep if they ignore the poor. The call to serve those on the margins of society lies at the heart of the Gospels and should be at the core of Catholic Education.

In 1997 the CES published 'The Common Good in Education'. It proclaims:

Teachers have a sacred duty to be at the service of the most vulnerable and disadvantaged. In doing so they will smell of the sheep, be covered in chalk and will be at the forefront of the mission of the Church in the only parish that some pupils will ever know. In this way they will love the Gospel of the chalkface.

Photo by Taylor Kopel on Unsplash