'Working for the Rat Race'?

'Working for the Rat Race'? 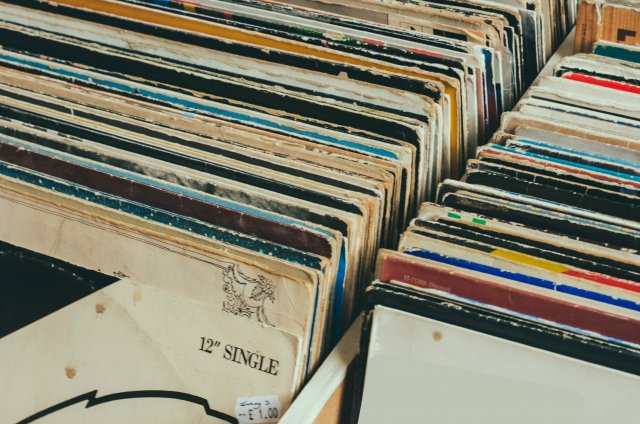 Revisiting the music of his youth, Catholic teacher Mike found himself looking again at the true value of religious education, to which he's dedicated a significant part of his life. (Photo: Joseph Pearson on Unsplash)

Since 1980, when I was seven years of age, I have had an interest in 60's popular culture. Being born and raised in Liverpool means that The Beatles and the Mersey Beat groups have always been part of my life. As a child, the sounds of the 60's were everywhere: in my parents' record collection and in the box room of my grandparents' house, where I was introduced to the blissful harmonies of the Beach Boys and the harder, rockier beat of The Who, by my uncle Jimmy. At the time, Jimmy was working hard on his degree in Business Studies at Liverpool Polytechnic and to keep him going in the days of study, before the internet and interactive learning, he would play his LPs and tapes. I would often be allowed to sit and listen whilst he got on with his studies. The hours I spent in the cold box room of an end-terrace council house on an outer Liverpool estate, galvanised my love of all things 60s. It was the best lesson in music I have ever been given.

Of all the 'sounds' I was introduced to in that tiny room, the one that really intrigued me came not from a 1960s pop band, but from a band who, despite looking like they were from a bygone age, were firmly rooted in the late 1970s. The Specials were a favourite of mine; wearing sharp suits, they looked like they had just walked out of a Carnaby Street boutique; their lyrics were not as sweet and dreamy as the Beach Boys, or as abstract as some of the later Beatles tunes which I loved, or as hard-edged as the power-pop of The Who. The Specials sang about a harsh world of the National Front, ghost towns which reflected inner city chaos and anti-social behaviour; and protest songs in support of freeing the then-incarcerated Nelson Mandela. If the sounds of the early 60s spoke to me about the freedom and joy of their times, then The Specials brought me back to the 'here and now'.

Well, on the 29th October 2019, one of my life long ambitions was realised: I got to see The Specials for the first time. The performance was everything I had hoped for; yet as the band pumped out their unique brand of ska-pop, I was struck by two things. Firstly, has the world changed much since the band's first outing? In the past weeks we have seen a right-wing political figure being given air time on a well established television programme. It would seem that the 'Ghost Town' that was sung about in the early 1980s can be witnessed by many of us who live in the inner cities today, where anti-social behaviour and economic decline are all too visible.

The second thing that made me reflect was the lyrics to one of my favourite songs of the band: 'Rat Race'.

You're working at your leisure to learn the things you'll need
The promises you make tomorrow will carry no guarantee
I've seen your qualifications, you've got a Ph D
I've got one Art O level, it did nothing for me

In the middle of the hustle and bustle of the 'gig', these lyrics echoed in my mind and made me think—do I work for a 'Rat Race?' Is my role as an educator in Religious Education just a waste of time? Strange though it may seem, for a few moments I almost felt an existential crisis coming on!

To settle my anxiety, I had to dig deep and question what the point and place of Religious Education in 21st century Catholic education actually is! The immediate Catholic response to this question is: it's central. Religious Education is at the centre/core of all Catholic schools. Yet this response needs to be clarified to fully explain just what it means to describe RE as 'central' to Catholic comprehensive education.

We must first look at the mission of Catholic Education in the inner cities. For me, the great Catholic educator St John Bosco tells us what it means to be a Catholic teacher in a challenging urban environment. For him, educating the poor meant to 'be a friend'—a friend to kids who are poor, kids who are abandoned, and kids at risk—'and, in so doing, to be a friend to Christ'.

The inner cities of the UK have many of the same problems that the pupils of Don Bosco faced in 1859.

Education in general and Religious Education in particular encompasses teaching and learning specific skills, and also something less tangible but more profound: the imparting of knowledge, positive judgment and well-developed wisdom. The etymological root of the term 'religion' is the Latin verb 'religare—to tie, thus religion binds people together in communities. In the same way, Religious Education binds knowledge together.

Good Religious Education is 'multi-disciplinary'. RE takes as its field of enquiry the entire body of academic knowledge and gains insights from other fields of knowledge and in turn, offers insights into each of them. At this level, it is a subject rich in skills. The study of the Holocaust through RE can explore the value of human life, the nature of suffering, the reality of moral evil and the question of God's existence. The study of human reproduction through RE can open up the awe and wonder of creation, the genetic uniqueness of human beings and a multitude of ethical debates. The list can go on and on.

This aspect of RE covers the first part of our definition of education: Education encompasses the teaching and learning specific skills .The synoptic dimension of RE is vast, which alone could offer a solid justification of RE in 21st century inner city learning.

Don Bosco put it this way:

The well-educated and mature human person is one who places at the apex of all his knowledge, the knowledge of God; at the summit of his life-project, his eternal happiness with God; and at the centre of his personal conscience, submission to the Will of God.

At a much deeper level, Religious Education explores and helps young people make sense of the multitude of human experiences which we each face on a daily basis: life; death; fear; love; joy; meaning and purpose.

It is in its treatment of the most fundamental questions of human existence that Religious Education really comes into its own. It is at this level that it fulfils the latter part of our definition of education: Education encompasses the imparting of knowledge, positive judgement, and well-developed wisdom.

In addition, Religious Education allows our young people to ponder and reflect upon the most fundamental questions of human existence:

In conclusion, Religious Education really does hold a central position in inner city Catholic education. It is the core of all that a Catholic school should be.

Excellent Religious Education can promote our young people to be:

Pupils of wisdom and holiness

Pupils who are dedicated to cheerfulness, study and piety

That's a far cry from the 'Rat Race' that the Specials sing about!