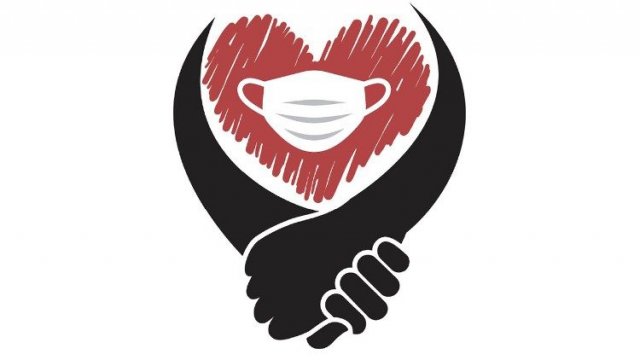 Our Province Delegate for Justice and Peace, Fr Marco Villani SDB, attended a virtual meeting last weekend hosted by the Diocese of Arundel and Brighton, to explore the issues raised in 'Serving A Wounded World In Interreligous Solidarity: a Christian call to reflection and action during COVID 19 and beyond', a document issued by the Pontifical Council for Interreligious Dialogue and the World Council of Churches on 27 August.

The document invites Christians to come together with those of other religions to strengthen solidarity in supporting people affected by the impacts of the virus, at a time when our common home is also facing an ecological crisis with serious consequences for all of us, especially the poorest. The document encourages us to embrace people in their diversity.

One of the speakers, Katharina Smith-Muller, Interreligious Adviser to the Catholic Bishops Conference of England and Wales, was involved in the creation of the document. She spoke about Coronavirus and its wider impacts, including the loneliness of self-isolation, and how the pandemic has shone a light on the huge gulf between the rich and the poor, saying that steps towards greater equality have been put back 25 years. She said we can only make a difference in this situation by changing ourselves, recognising also the hurt inflicted by the Church, and accepting the importance of vulnerability and compassion.

The parable of the Good Samaritan from the Gospel of Luke is prominent in the document. On our streets today, there are daily parallels to this story, with Good Samaritans helping people, and a need for more to reach out. Woking, like other areas across the country, has a Street Angels volunteer group, run by local churches, who 'patrol' the streets at night, as a friendly, reassuring and non-judgmental presence, and to offer direct help to people in need. Although Street Angels is an initiative of Christian churches, volunteers are from all faiths and none. In September, Street Angels found a man who was homeless, suffering from mental health issues and drug use, estranged from his family, living in a tent, and threatened by a person with whom he was staying. They listened to him, spoke to him as friends, and got medical help for him.

The participants heard about the challenge to overcome religious and cultural barriers with regards to those whom we serve and with whom we serve. In a society where the already substantial gap between the richest and the poorest is being widened by the impact of COVID, we need to find ways to share what we have with those in need.

St John Paul II taught about the universal destination of goods, the concept in Catholic Social Teaching that the products of the earth are destined by God for the benefit of all humanity, and in Laudato Si', Pope Francis quoted him on this:

He clearly explained that "the Church does indeed defend the legitimate right to private property, but she also teaches no less clearly that there is always a social mortgage on all private property, in order that goods may serve the general purpose that God gave them". Consequently, he maintained, "it is not in accord with God's plan that this gift be used in such a way that its benefits favour only a few". This calls into serious question the unjust habits of a part of humanity.

In Fratelli Tutti, Pope Francis also reminds us to recognise our mutual responsibility. Martin Luther King, one of the people the Pope said had inspired his reflections on universal fraternity, wrote in 'A Christmas Sermon on Peace (1967) "before you finish eating breakfast in the morning, you've depended on more than half the world."

What is solidarity today? Pope Francis says it is a convenient but sometimes uncomfortable word, and that solidarity requires us to move away from "sofa happiness", and take ourselves out of our comfort zone to see and face the challenges around us. Speech at World Youth Day 2016

In our divided and wounded world, we need to begin seeing 'the other' as as a brother or sister, however different from us they seem; looking at others as people not statistics. Working for the Common Good and standing in solidarity mean sacrifice, and we urgently need an ecological conversion. We have to meet the challenge to overcome physical, cultural, political and religious differences.

In his final speech, in Memphis just before his assassination, Martin Luther King used the parable of the Good Samaritan to urge people to support local sanitation workers striking after two of their colleagues had been killed working in unsafe conditions.

He said he believed priest and the Levite didn't help, because they were afraid the robbers were still lurking on this dangerous road:

But then the Good Samaritan came by, and he reversed the question: "If I do not stop to help this man, what will happen to him?" '

In the same speech, Dr King also raised the issue of acting to prevent further injustices, suggesting maybe the others didn't stop because they were hurrying

to organize a Jericho Road Improvement Association. That's a possibility. Maybe they felt it was better to deal with the problem from the causal root, rather than to get bogged down with an individual effect."

Although he was not seriously suggesting this as an alternative to giving immediate help, it acknowledges the need to act to remove the causes of inequality, poverty and crime, as well as supporting those affected by them.

Mediating for dock workers in the 1889 Great Dock Strike, Cardinal Edward Manning helped dockers gain a modest pay increase and some improvements in working conditions. He saw the plight of these workers and was not afraid to speak out for them, in the face of opposition from his peers. The strike inspired Pope Leo XIII, when he wrote the first modern encyclical Rerum Novarum (1891), dealing with social justice and introducing the concept of subsidiarity (that decisions on social issues should be made at the closest possible level to those they impact). Cardinal Manning, in a Dublin Review article in 1891, about the encyclical, wrote:

The capitalist is invulnerable in his wealth. The working man without bread has no choice but either to agree or to hunger in his hungry home. For this cause " freedom of contract" has been the gospel of employers; and they have resented hotly any intervention of any peacemaker ... They forget that when thousands of women and children suffer while they are refusing to grant a penny more in wages, or an hour less in work, there is a wide field of misery caused by their refusal ...

Cardinal Manning, Review of Encyclical of Pope Leo XIII on the Condition of Labour
From the Dublin Review, July, 1891
Reproduced in The Church and Labor, John Ryan & Joseph Husslein for the Department of Social Action of the National Catholic Welfare Council,

As we face the full human impact of the pandemic, we are urged us to come together to support those who have been, and will continue to be, so badly affected.

Download 'Serving A Wounded World In Interreligous Solidarity: a Christian call to reflection and action during COVID 19 and beyond' from the Vatican website on the link below