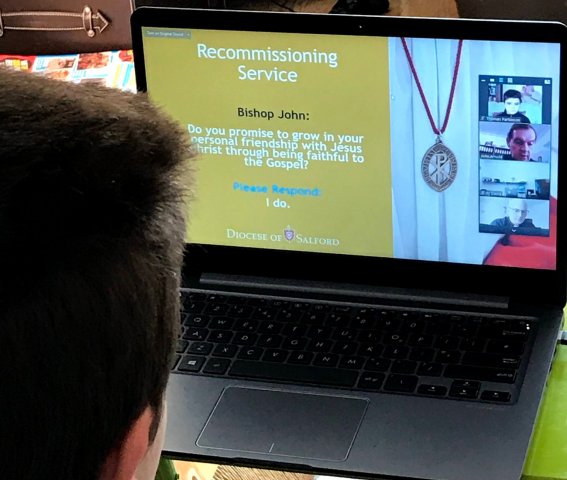 Thornleigh students Joseph and Thomas were recommissioned as Altar Servers last weekend during an online service.

The two brothers attended the Diocese of Salford's Altar Servers' Retreat on Saturday 27 February 2021, where Bishop John Arnold spoke to the participants about the ministry of serving, in our current times and in the future.

In addition to the recommissioning service, the retreat included times of prayer, and workshops such as 'Called to serve' and 'Prayer - a Friendship with Jesus.'

Versions of the retreat tailored to specific ages groups were offered at different times on the day.

The Chaplaincy at Thornleigh Salesian College tweeted: 'We are so proud of these two students and can't wait to have them serving on the altar at our school Masses, when it's allowed!'

Congratulations Joseph and Thomas! We are grateful for your service, and for the ministry of all altar servers.