The Euros: symbol of hope for a better future

The Euros: symbol of hope for a better future 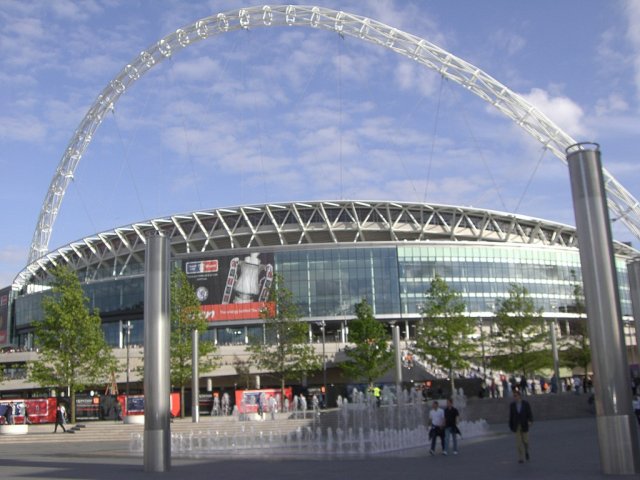 So, here is a possible future pub quiz question: what do Nelly Furtado, 'Simply Red', Enrique Iglesias and Bono all have in common? As you are well aware, they all sang a theme song for the UEFA European Football Championships. Across various European nations, soccer fans of all persuasions are taking part in the '2020 European Championship'—due to a global Pandemic, we have experienced a twelve month delay. As the COVID-19 virus mutates into potentially more dangerous variants, we are being treated to a festival of international sport, taking place under unprecedented health protocols. With travel ban still in place and the news that the much hyped 'freedom day' will not take effect on 21st June, the Euros are a welcome, and needed, diversion.

The Dutch DJ, Martin Garrix has joined forces with pop music royalty, The Edge and Bono of U2, to offer 'We Are The People' as the official theme for the 2020 championships held in 2021. For the first time in its history, the competition will be held in eleven various stadia across Europe, from Baku to Seville, emphasising both the unity and diversity that makes up our continent—whatever some might think, Brexit could not stop us being part of Europe! However, the reality is that many genuine fans will be unable to travel: I was even offered tickets to the opening England match at Wembley from stranded Croatian fans, obviously not on the UK 'green list'.

This year, we see England, Scotland and Wales vying for a place in the grand final to be held in Wembley Stadium on 11th July. There will be disappointment, nail-biting moments, penalties missed and knees taken! Over a period of four weeks, some of the richest and most talented sportsmen will be display their skills, as national pride is at stake. In these past fifteen months, we have seen misery, pain and death, as this pandemic spread across the globe, showing no mercy or favouritism. Jobs have been lost, businesses closed down and all of us have had lives upturned—with the disinfectant manufacturer 'Dettol' now a major sponsor of the England soccer team. Perhaps the Euros will help to build up a needed sense of unity once again as the official anthem proclaims:

We are the people of the open hand

The streets of Dublin to Notre Dame

We'll build it better than we did before

We are the people we've been waiting for

The song gets across the feeling of waiting: all of us have had to wait during these pandemic times: for our churches to re-open, to go back to full, in-class learning, to go inside at our local pub, or even for 'Primark' to re-open! More fundamentally, some are still waiting to get married, or to visit grandparents, or to pay final respects when a loved one has died. In his lyrics, Garrix emphasises an opportunity to rise once again from our brokenness—Europe sharing the brokenness of the global community:

Broken bells and a broken church

From a broken place

That's where the victory's won.

As an avowed fan of rugby football, I welcome any event that is going to bring us together and help pick up the pieces in this traumatic year. The song calls for faith and courage as we are invited to 'pull hope from defeat in the night'. Interestingly, as the Euros open in Rome, the leaders of the world were gathered in the remote beauty of Cornwall for the G7 Conference. Their call is echoed in the song, as they made a plea for a universal vaccination programme, especially for the poorest nations. There is a reality that we must move forward even if it is a case of ten steps forward and three backwards. As we enter this summer of sport, Pope Francis welcomed UEFA officials at the Vatican, where he received a replica of the European Cup. The Holy Father has been a beacon of hope during these challenging times as he reminded us:

We have realized that we are on the same boat, all of us fragile and disoriented, but at the same time important and needed, all of us called to row together, each of us in need of comforting the other.

I hope that your team does well, but only one nation can lift the cup in Wembley and be crowned champions of Europe. As vaccination rates rise, we pray that this time will help us move towards a normality when we will be free to attend our home and away matches. 'Euro 2020', even in 2021, is small step towards the normality we crave: out of this chaos, a new unity can be achieved. In this Year of Culture, Coventry can offer us a way forward: the city was badly bombed in the last World War and suffered great hardship, especially when its majestic medieval cathedral was totally destroyed in the November Blitz of 1940. The 'Coventry Cross' was made with nails from the bombed out building; as the Provost, Rev Dick Howard proclaimed that the ruined cathedral must become a symbol of reconciliation and peace. the 'Coventry Cross' was to become a sign of the need 'to build a kinder, more Christ-like world.' (BBC Christmas Day Message from the ruins of Coventry Cathedral 25/12/1940). That cross is now an international symbol of reconciliation from Dresden to Belfast, from Cape Town to Bujumbura—over 200 Communities of the Cross have been established across the world, promoting unity, with Pope Francis using his 'Coventry Cross' as a pectoral cross, especially at reconciliation services.

With global leaders at the G7 calling for a greater world unity, and the pandemic encyclical 'Fratelli Tutti' encouraging a practical involvement in the world's problems, and the urgent need to continue building a more Christ-like world, we are called to remember with Martin Garrix:

We are the people we've been waiting for;

Out of the ruins of hate and war

Army of lovers never seen before

We are the people we've been waiting for.