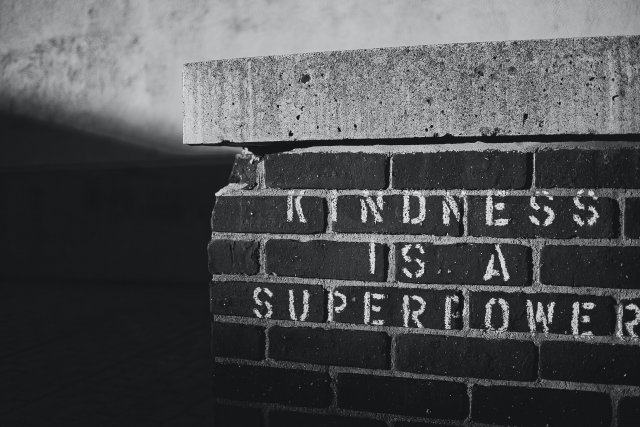 After the rest and excitement of Christmas and the New Year, today we return to the beautifully termed 'ordinary time'! However, as this past month has shown us, the birth of the Messiah changes everything—the reality is that, for Christians, nothing can be termed as 'ordinary' again. The mystic, John O'Donohue writes about finding God in the everyday: 'the Eucharist of the ordinary' is something that we are all invited to share.

We seldom notice how each day is a holy place where the Eucharist of the ordinary happens, transforming our broken fragments into an eternal continuity that keeps us.

Today's gospel is John's account of the miracle at Cana—the miracle of the transformation of the ordinary, water into wine. Jesus went out of his way to share that kindness of acceptance and hospitality. He shared meals, festivals and weddings with anyone who invited him; even people did not have enough food were given more than enough. The Cana miracle of water into the best vintage wine again shows that overwhelming kindness of Jesus. He reached out to those who did not normally merit hospitality in the first century Palestinian world: the lepers, the crippled, children and the marginalised. Unconditional love means exactly that: we love without counting the cost or the implications-we see a need and we respond, as the prayer of St Ignatius reminds us:

Dearest Lord, teach me to be generous. Teach me to serve you as you deserve; to give and not to count the cost; to fight and not to heed the wounds; to toil and not to seek for rest; to labour and ask not for reward, save that of knowing that I do your most holy will.

I love that John, generally considered to be most serious of all the gospels, begins the public ministry of Jesus with a miracle of fun. Not for John a cure of a leper or the raising of a child from the dead. John does not relate the calming of a storm to begin with, rather he deals with an event that we can all easily relate to. As a wedding guest, along with his mother and friends, he just wants to have fun with the bride and groom. The pandemic robbed so many couples of the chance to share their special day with friends and family. The gathering of people united in joy became a super-spreader—a sacrament of life somehow became a symbol of death.

In her typical way, it is Mary who notices the problem when the wine ran out. She realised that these families would be the source of humour and the object of finger pointing for years to come. The couple who were not generous were saved by the intuitive concern that Mary shows. Growing up in the family home of Nazareth, Jesus shares that natural kindness. Despite his initial reservations, Mary helps her son to realise that his 'time' has indeed come. It is the time to show the unconditional generosity of God—a time to share the extraordinary in the ordinary. The Cana couple are not just given a couple of bottles from the local corner shop. They are given gallons of the very best vintage—a supply of wine that would help the party last long into the night.

The simple act of kindness made a huge difference for the Cana couple: they would never be pointed at and laughed at in the streets. It seems to me that we, Christians, need to be in the business of kindness. Our care, concern and empathy are not something that we put on for a Sunday—kindness must define who we are. This week will present joy as well as interesting challenges. In being caught up in 'the Eucharist of the ordinary' we will have the opportunity to exercise kindness. There are enough mean-spirited narcissists in the world without us adding to the global total. Kindness will cost you nothing. Kindness makes us feel so much better. Kindness builds up community and makes a difference if we allow it.

Even in the midst of the greatest of tragedies and heartache, we see examples of great kindness. On the day of infamy that will be forever remembered as '9/11' we witnessed the beautiful care of the Franciscan and apostle of kindness, Fr Mychal Judge. It was the day when two jetliners crashed into the iconic Twin Towers—symbols of the great city of New York. In the matter of a couple of hours, these great buildings were just rubble in lower Manhattan, with thousands dead. Under the dignified and measured leadership of then Mayor Rudy Giuliani, the city's emergency services sprang into action. However, thousands of paramedics and firefighters from across the States and the globe came to support those initial responders. The New York Fire Department were stretched to breaking point on that eventful day. They were powerless to help people trapped in the burning buildings before they fell down like crumpled packs of card. Machines rushed to the scene with many firefighters entering the ruined buildings never to return. Among the thousands who died that day was Fr Mychal, the chaplain to the Fire Department who took his responsibilities very seriously.

Judge was Brooklyn born and bred into the Great Depression. His Irish-American family knew poverty, hardship and death, prompting him to explore a vocation as a friar. Ordained in 1961, he had a variety of assignments in Franciscan-run parishes where he was noted for his outreach to the poorest of the poor. For years he had a serious drink problem and he credited Alcoholic's Anonymous for saving his life—to the end, he attended his AA meetings to ensure that his life did not enter the downward spiral again. It was precisely because of his own problems that he could identify with the outcasts that he would daily meet in the squalid streets of the less salubrious parts of Manhattan—well off the tourist map. He was one of the few priests who choose to work among the gay community at the hight of the AIDS crisis: at the St Clare's Hospice, a dying man asked him, 'how can God love me?' Judge's simple response was to embrace the man in a strong hug, leaving him with no doubt of divine unconditional care. As a gay man himself, true to his vows, Mychal could appreciate the man's hurt and chose to offer kindness in that simple gesture.

Noted for this compassion and deep pastoral care, Judge was appointed chaplain to the busy Fire Service in 1992. It was a job that involved supporting not only the front-line staff, but also their families, especially in times of crisis and death that was never far away. Fr Mike was a trusted friend and confidant to so many. It was no surprise that he was counter-cultural to the end: while experts were telling citizens to move uptown and away from the disaster, Fr Mike donned his helmet and hitched a ride downtown with a fire engine to the Twin Towers. Survivors spoke of his enthusiasm and friendly encouragement—as they entered the buildings, they received a needed blessing from their friend. Fr Mike was the man who had conducted their marriage ceremonies and the baptisms of their children. He was with them in their darkest hours, as they buried friends and colleagues. Without doubt, the strong presence of the Franciscan friar brought a sense of peace to those in need on that day. Like many of his colleagues, Judge was hit by falling debris when the second plane hit. Sharon Stapleton's photograph for Reuters News became a symbol of the pain wrought by these terrorists. Firefighters carried the body of their friend out of the chaos; it seemed that he was just sleeping so peacefully. Even in his death, Fr Mike seemed to be able to bring peace of God into the unadulterated evil around. Judge was designated as "Victim 0001" and thereby recognized as the first official victim of the attacks. Although others had been killed before him, including the crews, passengers, and hijackers of the first three planes, and occupants of the towers and the Pentagon, Judge was the first certified fatality because he was the first body to be recovered and taken to the medical examiner. On that bright September day his spontaneous kindness and decision to support his friends, cost him his life.

It is that spontaneity and Christian joy that we need more of in the world today, especially as we move out COVID restrictions. You will have the chance to be kind this week—like Mychal Judge, we must discover the ability to find God in the most unusual of spaces, as his close friend, Brendan Fray reflected, the streets of New York was Mychal Judge's cathedral, and where he found God, on these city streets.

In an era that has seen the quick canonisation of John Paul II, it is not surprising that many are calling for his elevation to sainthood. It may well happen, especially with support from the Protestant pastor, Sal Sapienza who ministered with him in the AIDS hospice, who said of his friend:

It was so clearly obvious you were with someone so spiritually connected, so different from other people. What is a saint? Part of it is they inspire us to want to rise higher along our spiritual path, to be the best versions of what God wanted us to be. Mychal was the best example of that.

Reading about Judge's typical Franciscan humility, I suspect that he would snub any push for honour. Instead, he would point to his colleagues who ran up the stairwells of the Twin Towers looking for survivors. He would look at those brave passengers on United flight 93 who were not going to allow the terrorists to win. He would remind us of those brave cabin attendants who relayed valuable intelligence about the murderers to the FBI before they fell to their deaths. Fr Mike pointed beyond himself to the glory of God; on that awful day, twenty years ago, we saw both the evil of the human form, and its glory. A self-proclaimed fallen man can offer us hope and confidence, as we are forced to face our own demons. Perhaps his daily prayer could become our own:

Take me where you want me to go,

Let me meet who you want me to meet,

Tell me what you want me to say and

Keep me out of your way (the Prayer of Fr Mychal)

In a world where you can be anything, this week make the conscious decision to be kind.