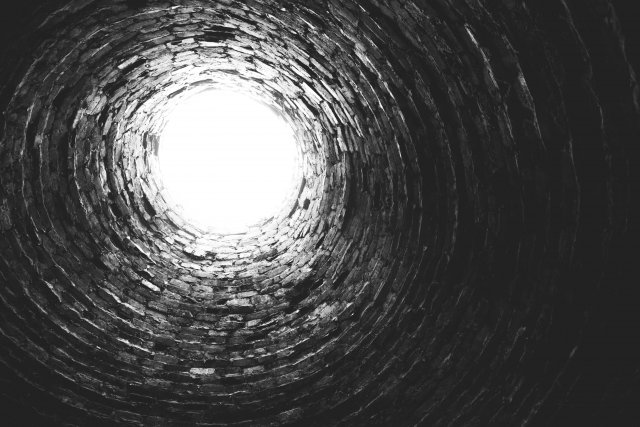 In the year that has seen the scandal of a Downing Street aid defying the strict rules on lockdown by going on a drive to Barnard Castle, today's gospel has special relevance. Whatever your own position on the 'partygate' situation, the facts are that our elected leaders asked us to refrain from close social contact with family and friends at the height of the pandemic. All the while, the culture at 'Number Ten' encouraged 'bring your own booze' gatherings in the gardens and the basement—even high-jacking our prime minister with a birthday cake. The nation was asked, rightly or wrongly, to refrain from gathering in a social setting, yet it seemed acceptable for some leaders and civil servants to bend the rules to accommodate their needs. Jesus is challenging the leaders of his own time when he asks:

Why do you look at the speck of sawdust in your brother's eye and pay no attention to the plank in your own eye?

The great civil rights' leader Dr Martin Luther-King preached an amazing sermon on this text many years ago in 1949 that caused great controversy—but then, that is what prophets do! While no fan of communist Russia, Dr King found the hypocrisy of his own government frightening. American politicians and media constantly criticised the Soviets for the way that they treated their citizens—they were enslaved to an ideology that harmed them. Yet at the very same time, Dr King pointed out, a huge proportion of American citizens were victims of a system that subjected them on the basis of their skin colour. He called for the elected leaders of his nation to rectify the problems and wrongs of their own system, before blaming others. Even in 1949, he was able to say:

Many parents of today spend much time denouncing the actions modern youth and at the same time they fail to supply an example of true Christian living. Sociologists have reminded us that juvenile delinquency has its origin in adult delinquency. But how easy it is for the adult to see the splinter in young people's eyes and fail to see the plank in their own eyes.

So often we can look at the actions of others and condemn them outright. We can be blind to our own actions—that plank in our own eyes can be very convenient! There is a tale told of an old monastery where a young monk committed a serious fault. The other monks were angry: this man was letting them down and they demanded their abbot call a meeting so that they could publicly discuss the crime and deal out punishment. The assembly of monks gathered and waited for the arrival of their superior. Eventually he came in, carrying an old basket filled with sand but full of holes. As he walked in, a trail of sand followed him. Addressing his community, the wise abbot said, 'everywhere I go I leave a trail of faults behind me—most of the time I cannot even see them. Now you want me to sit in judgement of my brother!' Rather like the gospel story of forgiveness, the monks slowly left the room until only the young sinner was left. With the compassion of Jesus, the wise old abbot said simply to him, 'go in peace but sin no more!'

Jesus uses the 'eye' in our reading today because it is through the eyes that we see the world, see each other. The eyes see the good in the world, but also the bad; the eyes observe what others do and how they behave. However what eyes cannot do is to look closely at oneself and at one's behaviour. There we need something else other than the eyes: our hearts. It is in our hearts and talking to Jesus there that we can observe our own sins and look for the forgiveness that helps us to move forward. It is in this spirit of honesty that we produce 'the good fruit' that Jesus is looking for. Pope Francis sees that there is no place for hypocrisy in the family of God:

Hypocrisy is the worst enemy of this Christian community. To fail in the sincerity of sharing, in fact, or to fail in the sincerity of love, means cultivating hypocrisy, distancing oneself from the truth, becoming selfish, extinguishing the fire of communion and fating oneself to the chill of inner death…. you must pray, approaching communion and reconciliation to truly signal that your heart has converted. Only then is one generous with others and helps the weakest.