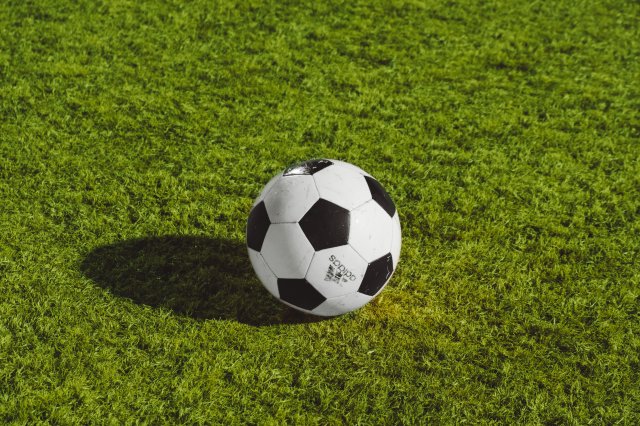 There is no doubt that the England female soccer squad have brought a joy and gladness to the nation after winning the UEFA European Finals before a record-breaking capacity crowd at the iconic Wembley Stadium, and a TV audience of millions. The 'lionesses' of England have brought a hope and prestige back to the English game that really was last seen when the England male squad won the World Cup back in 1966–also in Wembley and also against Germany.

Back in 1996, the male squad were again in action in the Euros after 'thirty years of hope'. 'Three Lions' was released as the official anthem of the team with the hopeful chorus of 'it's coming home, it's coming home' ringing out in stadiums whenever England were playing. The song that was to go on and on to inspire a nation down through the years, was written by Ian Broudie of the 'Lightning Seeds'. It was performered by popular comedians and soccer pundits, Baddiel and Skinner. 1996 was the first time England had hosted a major football since their World Cup win—thirty years that had seen seismic changes in the game. Male professional footballers were making millions in sponsorship and deals. Soccer had been sullied and dragged into the mud by rival supporters' violence. We had witnessed the horror of the Bradford stadium fire and the Hillsborough disaster causing loss of innocent lives—deaths that were entirely preventable. The 1996 anthem was a rallying call to the nation and the team to emulate past glory: from 'Nobby dancing' to 'Bobby belting the ball'—Nobby Stiles and Bobby Charlton were going to help us win again. Sadly, England did not win—the 'thirty years of hurt never stopped me dreaming'. In every major tournament 'Three Lions' has been recycled to no avail. Those thirty years stretched out to fifty-six years of hurt until 31st July 2022 when it was the female team who broke the curse, amid great celebrations—a stadium alive with 'it's coming home, it's coming home football's coming home!' Into the early hours.

'Three Lions' refers to the accepted wisdom that soccer originated in England. Indeed, history shows us that the early days of the sport were enjoyed by male and female players. The August 1869 edition of the society magazine, 'Harper's Bazaar' showed a group of women kicking a football about in a London park. From newspaper evidence seems clear that female pick up matches and park games were becoming increasingly popular: between 1881 and 1897 over 120 officially organised female matches took place, often attracting crowds of 10,000 enthusiastic supporters. An unofficial international took place in 1881 between Scottish and English ladies. In the twentieth century, women began to play more regularly. During the First World War in Britain, as women were drawn into munitions factories and into the professions, they emerged on the field as well—with so many men away fighting, these matches provided a welcome distraction in the horror of war. With the coming of peace and a slow return to a sense of normality, Female matches took centre stage between 1917 and 1921, with teams playing in front of large crowds—usually between 25,000 and 55,000 people. On Boxing Day, 1917, the first England vs. Ireland international took place in Belfast with representative female players from each country. An England versus Scotland match took place in 1918, and England played France in 1920

It could be argued that women's soccer, in fact, got too popular. In response to the large crowds and continued support of mainly working men, in 1921 the Consultative Committee of the Football Association passed a resolution expressing "their strong opinion that the game of football is quite unsuitable for females and ought not to be encouraged."

The Football Association requested that "the clubs belonging to the Association to refuse the use of their grounds for such matches." In other words, it effectively banned women's soccer, stopping the sport's development in its tracks. The 1921 ruling effectively put the female branch of the sport into the shadows—football was not seen to be a sport suitable for girls and women—we lost generations of skilled women who had to travel abroad to follow the sport they loved. Thankfully, the FA had a change of heart it reversed their female ban in 1971-five years after the World Cup win. However, as you might expect, women's soccer was still the 'Cinderella' wing of the game.

In these past few years, we have seen the female game coming more into the centre. I have been blessed to work in schools and you think centres where girls have been encouraged to play their part. I have seen boys and girls playing together in teams, where the team was selected on skill and ability, rather than gender. More and more women were encouraged to turn professional, so that the female game was not seen as 'part time'. Needed TV exposure was given, with female commentators and pundits becoming regular fixtures. Popular professional teams such as Manchester United and Liverpool set up female squads with training and real support. Centres of excellence have been set up to encourage grass root support for both girls and boys.

All this effort, support, finance and sheer determination reached its climax as England took the Euro trophy. The national feeling of jubilation will, I suspect, stay with us during the Birmingham Commonwealth Games and on to the Qatar World Cup in the winter. The Cup was not given to the 'lionesses' as an act of charity—they deserved it! The present England squad stand on the shoulders of the giants of the game, especially those who worked so hard overrule the 1921 FA ban. This result comes through 'one hundred years of hurt!' As Christians we appreciate and understand what it means to live through 'thirty years of hurt'. Our faith is founded on hurt and brokenness: as Christians, we have to learn how to make sense of our brokenness and trauma. We need to be heartily sorry for those mistakes that we make. It is in those experiences of hurt that we gain valuable experience and become those 'wounded healers' that our Church needs more than ever today, as we metaphorically sit among the ruins of life and its problems. As the wisdom of Henri Nouwen reminds us:

Today there are an estimated 30 million female players globally. The evolution of football as a sport and as an industry over the last 25 years has been dramatic. As we watch the best of these players take to the pitch, we should remember that their very presence is the result of a long, often forgotten, struggle on the part of generations of women to insist that they have a right to play at the highest levels of the game.