History of the Salesians

The word 'Salesian' derives from a seventeenth-century thinker and saint, Francis de Sales. He was a Bishop of Geneva and became noted for his deep faith and his gentle approach to the religious divisions in his land resulting from the Protestant Reformation. His optimistic humanism uncovered a spiritual depth within relationships, encouraging people to engage with the heart rather than through an impersonal authority. He spoke about the strength of real gentleness and the ability of a warm, consistent approach to working with people that could transform their experience of life.

Inspired by the example of St Francis de Sales, Don Bosco began his work with poor and abandoned young people in Turin in 1841. He would gather them for religious instruction, prayer, Mass and recreational activities. In 1845 Don Bosco opened a night school for boys in Valdocco, now part of the municipality of Turin in Italy. In the following years, he opened several more schools, and in 1854 drew up a set of rules for his helpers, which became the Rule of the Society of St Francis de Sales, which Pope Pius IX approved definitively in 1873. The Society grew rapidly, with houses established in France and Argentina within a year of the Society's formal recognition. Over the next decade the Salesians expanded into Austria, Britain, Spain, and several countries in South America. The death of Don Bosco in 1888 did not slow the Society's growth. By 1911 the Salesians were established throughout the world, including Colombia, China, India, South Africa, Tunisia, Venezuela and the United States. The congregation continued to spread so rapidly that it soon became the third largest among men's Catholic orders. Its works expanded to include trade, agricultural and academic schools; seminaries; recreational centres and youth clubs in large cities; summer camps and parishes.

You can read and download a history of the Salesians in Great Britain, the Province of St Thomas of Canterbury, from our Resources page.

The official printed publication, the 'Salesian Bulletin', was first published in 1877, and it has been published without interruption since then. In the UK, our version is 'Don Bosco Today', and it is used to spread the Salesian spirit and activity, especially in its missionary and educational aspects. You can read and download it from our Resources area on this website. 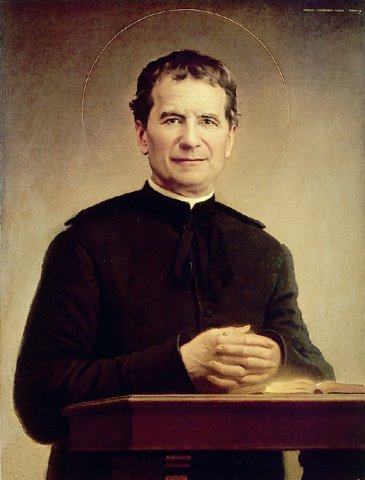 A History of the Salesians in Great Britain

The life of Don Bosco