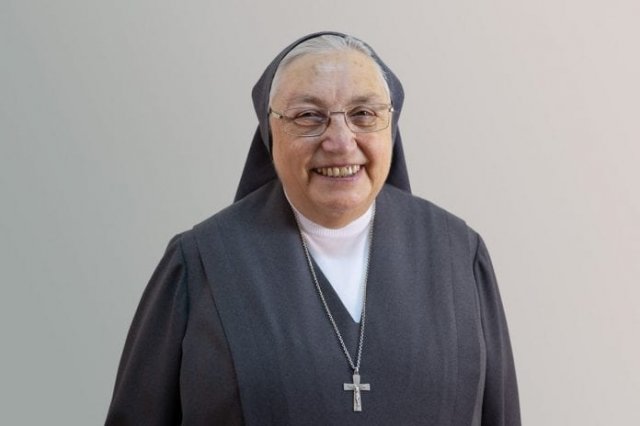 Congratulations to Mother Yvonne Reungoat FMA, Mother General of the Salesian Sisters, who has been appointed Officier of the Légion d'Honneur, for her service during the COVID-19 pandemic.

The Legion of Honour is the highest French order of merit, and is awarded in different degrees to those who have served their country with distinction. In 2012, Mother Yvonne was awarded the first degree, that of Chevalier (Knight) of the Legion of Honour.

Mother Yvonne was born in Plouénan, North-West France. She became the first non-Italian Superior General of the Daughters of Mary Help of Christians in 2008. In 2019, she was appointed by Pope Francis as one of the first women members of the Congregation for Institutes of Consecrated Life and Societies of Apostolic Life, the second highest-ranking department of the Roman Curia.

We give thanks for Mother Yvonne and her leadership of our Sisters.