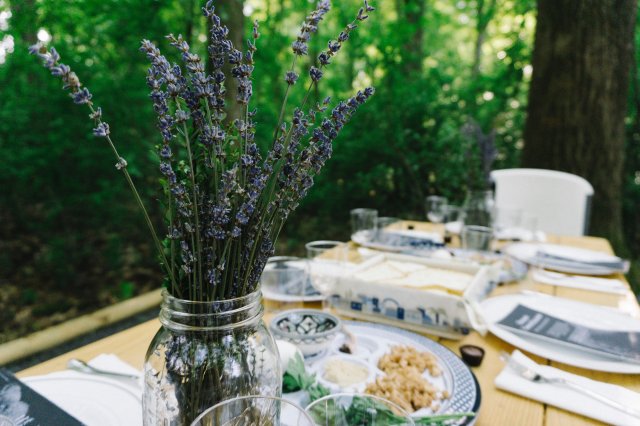 Faith Matters is a magazine produced by sixth formers at St John Bosco College Battersea for an adult audience. By kind permission of the editorial team, we feature Benjamin's Nunoo's article setting Passover in its faith context, and including an interview with Ruth Jampel, Director of Judaism for Schools, on what the festival means to her, and how she and her family celebrate Pesach together. (Image: Shutterstock)

Passover (Pesach in Hebrew) is a festival important for all Jews. It reminds them of God's saving power in their lives today, just as much as it was a saving power for their ancestors in Egypt. They remember the account of the angel of death passing over their houses during the tenth plague. Passover also links to Exodus: Moses leading the Israelites out of slavery and into freedom – passing over from bondage to liberty.

It is one of the three pilgrim festivals, the other two being Sukkot and Shavuot. Why pilgrim? In the past, Jews would travel to the Temple in Jerusalem to celebrate these feasts in the spring.

As with many Jewish festivals, Passover is celebrated with food. The meal is known as a Seder meal, 'Seder' meaning 'order', this is because they follow a specific pattern. Foods on the seder plate represent foods linked to their ancestors' time in Egypt including bitter herbs and salt water to remind them of the tears the Jews shed during their bitter time of slavery.

Throughout the meal, references are made to the story of the Exodus and this reinforces their identity as Jews, as well as introducing the children of the family to their heritage.

Wine is a staple of celebratory meals. At the Passover seder meal 4 cups of wine are drunk, as God uses four expressions for freedom in the Torah when describing the Exodus from Egypt and the ensuing birth of the Jewish nation. Importantly, it was a Passover meal that was the Last Supper for Jesus who had travelled to Jerusalem to take part in the Passover pilgrimage. Understanding this common ground that Judaism and Christianity share can only encourage a sense of harmony and deeper respect for the beliefs and values held by each faith.

There is nothing like a first-hand account of religious festivals and their deeper significance in the lives of those who celebrate them. We, therefore, asked Ruth Jampel, the director and lead educator of Judaism for Schools to give us her take of Passover.

What does Pesach mean for you?

Passover means many things to me. If you ask a Jewish mother, what it conjures up its lots of work! This is ironic as Passover is a festival celebrating freedom!

For traditional/orthodox Jews, preparing for Passover is a huge task. Many of us start writing lists and timetables the moment the festival of Purim ends, 4 weeks before Passover. I spend time cleaning each room in the house that might contain food wrappers, crumbs, etc. as we need to make sure we possess nothing that is leaven once Passover begins. When my kids were little, I'd put the Lego and other toys in the bath with them to soak off any crumbs, rice cakes, breadsticks that might have got attached, yes, I am a bit over-the-top.

Passover means going down to my basement to bring out the crockery and cutlery that I use only for these 8 days each year, it means lots of grocery shopping to stock up on matzah crackers and many, many other foods that are 'kosher for Pesach'- that contain no wheat or yeast.

On a more exciting note, it means the anticipation of the big family seder meals, bringing out all the Haggadah books/quiz questions. Lots of cooking in preparation, including many family favourite recipes. My brother always makes the charoset (representing cement) as my dad always used to make it whilst my mum makes the soup. So it is a real family event.

Seder night itself is full of songs and stories, and it IS a special event. Before it begins my husband and I go through the Haggadah books, portioning out which sections different people might want to read, highlighting the songs, etc.

I lay the table really carefully, with all the special food needed for the seder plate. I also put out quiz questions, and masks and sweets for the games we play to keep the event interactive.

Passover means to me tradition AND innovation so that each year it feels the same and yet different and thought-provoking too.

It's a chance to reflect on our freedom, and also to consider people who are still in exile or enslaved. It's a time to think about identity and belonging … and how to make our ancient religion relevant and of use to the world.

How seriously do the younger generation of Jews take the celebration of Jewish religious festivals?

This is a good question and of course it varies from person to person. Some young people are more observant than their parents but many are less so. My own three kids, who are in their 20s, do keep the food rules of Passover. My daughters always keep all the food rules – they only eat kosher food and check labels for gelatine, etc.

At Passover I know that they don't eat out during this festival, that they take a packed lunch with them to work/college, etc. They understand that Seder night is a big deal and usually enter into the spirit of things. However, they do question why I spend so long cleaning, why I get so stressed, why I want to follow all the rules as much as possible. I wonder how they will prepare for Passover when they have their own homes, I hope they will also view it as a big deal.

However, nearly all young Jewish people I know don't eat on Yom Kippur, they do go to Synagogue, but they might also use their phones when they're at home, which is something many of their parents wouldn't be doing on such a holy day (you're not meant to be distracted from atoning in any way - no TV, no computer, etc.).

In what ways do you see the saving hand of G-D in your own life?

I have had a lucky life and personally I certainly see the hand of G-D in that. I thank G-D twice a day for the health and happiness my family has.

When one of my daughter's was 5 she had meningitis and I believe it was G-D who ensured a series of events that meant she was treated swiftly and survived with no lasting damage.

In terms of my family history, I feel G-D directly intervened on many occasions during World War II when my mum was in Poland, and then in a work camp in Siberia, Russia. She escaped death on one occasion due to the courage of a Polish lady who protected her … guided by G-D I'm sure. My grandpa escaped certain death on three occasions too, due to chance or, in my belief, G-D.

Of all the Jewish festivals which one, for you, is most meaningful and why?

Passover is so much work in the buildup … and then a wonderful feeling when it actually starts. It has such a strong sense of occasion and is full of family tradition. It's a very evocative meaningful time for me.

Jewish New Year feels very meaningful for me as I genuinely feel we are being judged by G-D for our intentions and behaviour.

Hanukkah is my favourite festival, even though it's not as important as Passover or New Year. It's a historical festival. The events took place in 167 BC and so it's not written about in the Torah or Tanach. However, it's fun! Lighting the hanukkiah/menorah is pretty and fun, I love the songs (which I try and force my kids to sing with me). It's not much work, as all you do is eat doughnuts, potato cakes and chocolate money and I just put up a few decorations in the kitchen.

It's so nice that three faiths have festivals of light around the same time–Diwali, Hanukkah, Christmas. I love seeing the big public communal Hanukkah candlesticks that have popped up all over London in recent years: the biggest hanukkiah candlestick in Europe is put up in Trafalgar Square each year, and Sadiq Khan lights it. Fab!