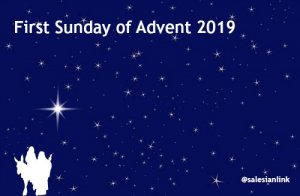 The harvest is great

On the centenary of Maximum Illud, Pope Benedict XV's letter to the Church on carrying the Gospel message throughout the world, we focus this Advent on our mission as people baptised and sent into the world to each play our part in sharing the Good News.

The teaching of our Church 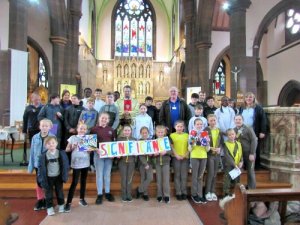 Mass on Sunday was a very special one at St James' Bootle, as the young people of the parish were at the centre of the National Youth Sunday Mass.

Fr Jakub Rusniak SDB said, "On this day, we celebrate the young people in our parish and community and all the gifts and talents they share with us". 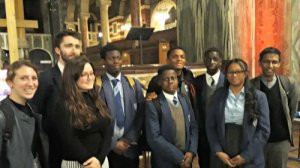 Public buildings in London were bathed in red light as students from St John Bosco College, Battersea helped to lead the music at the Nnational Red Wednesday service in Westminster Cathedral on November 27th. Over 1000 people attended the service and the walk of witness from Parliament.

Representatives of all faiths and none attended to draw attention to the persecution of people... Read More » 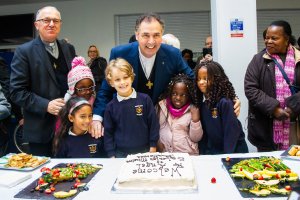 Saturday was the final day of the Rector Major's visit to the GBR Province.

In the morning, he spent time with the communities of Cowley, Chertsey, Farnbroough and Batterse. After Mass, he met Mrs Maureen Devereux, mother of Sean Devereux, the Salesian missionary volunteer and aid worker who was killed in Somali in 1993. 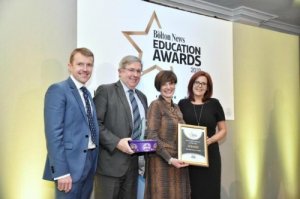 The parent who nominated the school highlighted Salesian characteristics, such as making pupils who are transitioning from primary school 'feel comfortable, welcome and excited about their journey to high school' and enabling children to develop... Read More » 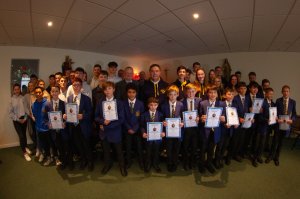 On Friday, our Rector Major visited the SDB community in Farnborough, Hampshire, and then went to Salesian College, where he met school and Sixth Form students, and presented awards to students for projects they had carried out on Don Bosco. (first photo above)

During the service in the College chapel, Don Ángel took time to talk about technique to young Brian Soloman, (above) who is competing... Read More » 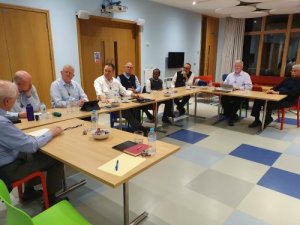 Rector Major and Regional at our Provincial Council

Don Ángel also met the staff of the house, and some of their family members too. In the second photo, he's exchanging a high-five with the cook's son as Rector, Fr Tom, looks on. 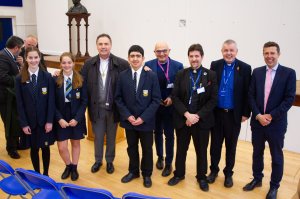 On Thursday, Don Ángel was at Salesian School in Chertsey, Surrey. The school celebrated its centenary in the summer, and during his visit, the Rector Major blessed and officially opened the Centenary Hall.

From there, he went to Royal Holloway, University of London, where he was shown around the buildings and the spectacular chapel by Fr John Dickson SDB, Rector of the Chertsey community, who... Read More » 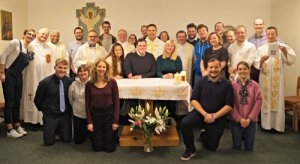 On Wednesday afternoon, the Rector Major travelled from Bolton to Bollington, Cheshire, where he met with the Salesian community at Savio House, our youth retreat centre, and the team of staff who run the centre, before joining the retreat team volunteers and members of Salesian Youth Ministry to hear about current work and future plans. Above: the Retreat Team of Salesians and volunteers who live... Read More » 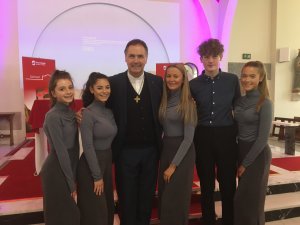 During his visit to Bolton, the Rector Major rededicated the recently refurbished chapel at Thornleigh Salesian College, in a beautiful prayer service created by the students and staff.

Don Ángel told the assembled congregation of students and guests that he was delighted to be told that most of the students are learning Spanish. He said he was also pleased with the focus in the service on the... Read More »